Many insurers are turning to telematics to encourage safe driving but Privilege Underwriters Reciprocal Exchange (PURE, White Plains, N.Y.) has adopted a simpler and less intrusive technology to address the specific problem of distracted driving. PURE has offered complimentary Cellcontrol (Baton Rouge, La.) devices and a full year's subscription to the technology to drivers under the age of 18, and will be providing a subscription to the technology at a discounted rates to the entire PURE membership.

Cellcontrol works by plugging into a vehicle's onboard diagnostic (OBD) port to disable mobile devices while the user is driving, including cell phones, laptops and tablet computers, through software loaded onto the devices.

"At PURE we focus on risk management and loss prevention, and related things we can do to help keep the membership safe," comments Tim Arone, VP, risk management. "We looked to see what technology was out there to help keep kids safe and remove the temptation to text, watch videos or otherwise use their mobile devices."

The dangers of distracted driving have been the subject of many a Facebook post, but the problem PURE is addressing is not just social media hype: In a 2011 National Transportation Safety Board (NTSB) announcement calling for a ban on driver use of portable electronic devices, the organization noted that 3,000 people had died in distraction-related incidents. The Centers for Disease Control (CDC) has reported that distracted driving is a growing problem. In 2009, more than 5,400 people died in crashes that were reported to involve a distracted driver and about 448,000 people were injured, according to the CDC. Nearly 1,000 of the deaths and 24,000 of the injuries involved cell phone use as the major distraction.

PURE's use of Cellcontrol is part of what the insurer calls a comprehensive anti-distracted driving program that also includes a parent/teen Driving Contract and discussion guide, an online resource center and a partnership with BMW's Performance Driving School. The insurer has invited a small subset of its members to attend the driving school on a first-come-first-served basis with costs subsidized by PURE.

"We may run several of these programs a year," Arone notes.

PURE tested a variety of devices before selecting Cellcontrol for its simplicity and effectiveness, according to Arone. The device installs easily and permits emergency calls and the use of device-based GPS navigation, he says.

"We felt that this device was best because it gives parents ultimate control," Arone adds. "They can easily customize how they want the app to work."

For example, parents can set parameters to trigger alerts on driving speed and permit their calls to go through, while blocking other numbers. When the device is unplugged, it will send an alert to parents, and it is very difficult to delete or otherwise disable the software on devices.

"One of the impost important features is that the device automatically starts the moment the car is started," Arone says. 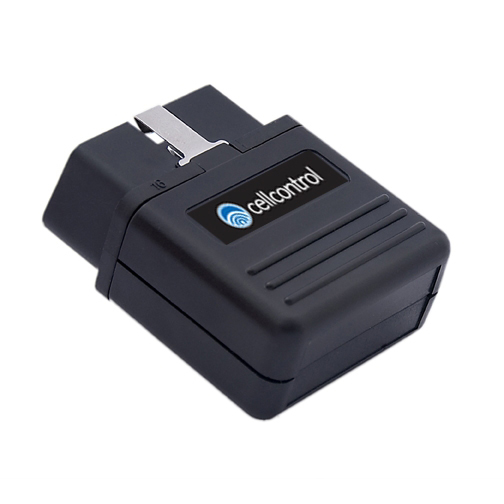 The Cellcontrol device plugs into on board diagnostics (OBD) port in a vehicle to disable mobile devices while the user is driving including cell phones, laptops, and tablets.

Anthony O'Donnell has covered technology in the insurance industry since 2000, when he joined the editorial staff of Insurance & Technology. As an editor and reporter for I&T and the InformationWeek Financial Services of TechWeb he has written on all areas of information ... View Full Bio