50%
Tweet
Celent analyst Donald Light says the proliferation of wearable technology could be a boon to health insurers.

Despite the increasing success of telematics-based auto insurance programs, the Internet of Things -- the network of non-PC devices producing and transmitting data -- is still largely under the radar in insurance overall. But Celent analyst Donald Light has been studying the phenomenon, and in a recent report on the life and health sectors says that the type of devices that are in development means that health insurers are in a good position to take advantage of the new data sources.

"The impact on life insurance is going to be pretty limited in the foreseeable future because products are either guaranteed issue or medically underwritten one time," Light says. "But what is out there today is primarily in the range of fitness bands that measure exercise level, heartbeat, and produce records on things like that."

That's the kind of information health insurers can use to help drive better health outcomes among their policyholders and reduce their risk overall. In fact, health carriers could take their cues from the auto insurance industry in how they introduce these devices to their customers, Light says.

"The telematics model, where the insurance company provides the sensor and data flows directly to them, is one that could be used," he says. "Or, the device manufacturers could work through healthcare providers and give them the devices that way, then the device owner would own the data and the insurance companies would have to pay for it, like they do with most of their data now."

Light is confident, however, that the telematics-style model is the one that will emerge. It would allow the insurer to position itself better as a trusted ally to the policyholder by offering a financial incentive to use the devices to manage their health.

"They can also gamify it," Light points out. "You attract more people with positive incentives and rewards."

But distributing the devices might be the easy part for insurers. Carriers have to understand the nature of the technology and be prepared within their enterprises to implement programs that make the most of the data provided.

"As insurers develop their analytic capabilities in general and big data capabilities in particular, this is another kind of answer," Light says. "The data that's going to come in off these devices is in effect big data -- but is the company structured to handle it?" 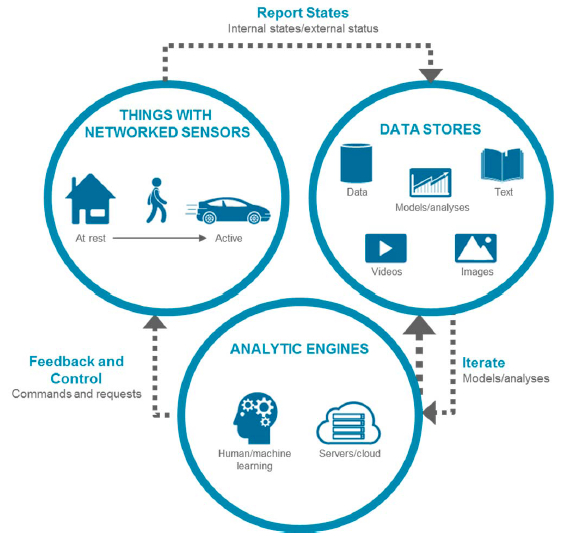 Insurers have been making investments in big data and analytics, but that has been largely oriented around getting more insights from data they already have, Light notes. With the Internet of Things, however, the kind of data coming off of devices is going to change rapidly and come quickly -- so insurers must be prepared to iterate quickly, especially as the promise of better health outcomes and decreased costs pique vendor interest in the market.

"The health insurance companies are the ones paying for healthcare, and there really is a tremendous amount of interest in Internet of Things-generated data cutting healthcare costs and improving outcomes," he says. "I'm going to bet on the vendor community leading the charge and coming to insurers with new ideas often."